“He predestined us to ADOPTION as sons through Jesus Christ to Himself, according to the kind intention of His will…” Ephesians 1:5 Amazing grace!

“Pure and undefiled religion before our God and Father is this: to look after orphans and widows in their distress and to keep oneself unstained by the world.” James 1:27

When our first parents were driven out of the Garden, they were cast out into a hostile world and left to fend for themselves. The Fatherly care formerly enjoyed was suddenly severed and they were left to wander and struggle on their own. From the end of Genesis 3 forward, the biblical narrative is one of orphans longing for a family, for an identity, for a Father, for an inheritance to call their own. Children without the care, protection and provisions of a Father. Orphans alone in the world.

But God…(one of the greatest studies one could do in the scriptures…"but God…") is committed to creating a family. His One and only begotten Son would have brothers and sisters. Orphans in the world would finally have a home, a name, an inheritance, a Father. He determined that He would stubbornly create a family that would represent all the different peoples of His world. They would come into His household from every tribe, every language, every continent, every social strata, every imaginable color of skin and background of culture. He would personally adopt each and every one of them and give each and every one of them the very same privileges and provisions that presently belonged to His One and only Son. In His family there would be amazing diversity. Their language would be different. The color of their skin would be different. Their ancestry would be different. But they WOULD have one thing in common. They would each of every one of them have one Father!

One of the grandest themes woven into the fabric of scripture is the portrait of “adoption.” With amazing clarity it describes the wonder of our salvation, our rescue, our identity. It displays the unconditional love of God as Father and expresses His sheer willpower in creating for Himself a family, a family whom He is proud to call “His children.”

Nowhere is this amazing portrait so clearly painted as in the story of new King David embracing the sole surviving son of his very best friend. In a desperate attempt to run and hide the orphaned son of Jonathan out of fear of execution as the sole heir to the throne of Israel, the nanny dropped the little one, and he was crippled for life. In the presence of kings of that day, no invalid was permitted an audience. Mephibosheth would be a beggar for life, IF he survived the purging of the heirs of Saul. His identity was gone. His inheritance was gone. Any resource for survival had been taken away. He was an orphan alone in the world. But David…

“Do not fear, for I will surely show kindness to you…and will restore to you all the land of your grandfather Saul; and you shall eat at my table regularly...So Mephibosheth ate at David’s table as one of the king’s sons...Now he was lame in both feet!” 2 Samuel 9 There was a cripple at the table of the king…he was adopted into the family as one of their own. That was amazing grace! 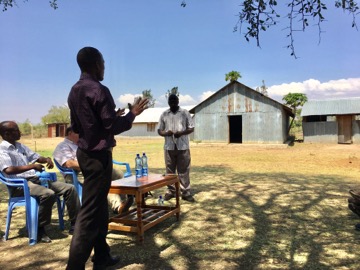 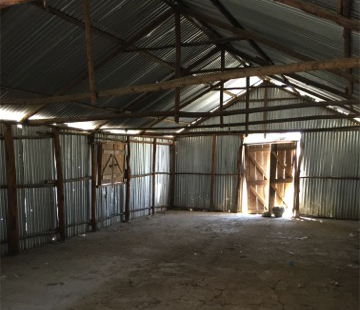 “We have closed the orphanages and have taken the children into the homes of our church families. Because if the children grow up in orphanages they never learn what a true family is to be, what a proper father is and how a mother cares. So we closed our orphanages and have made the orphans as our own children.” And Pastor Joseph meant what he said. We stepped into the empty rooms where parentless children had once slept. The former dormitories where empty, the children were gone. They had been welcomed into families and were no longer without identity. Suddenly they had an inheritance. They were orphans no more!

“He predestined us to ADOPTION as sons through Jesus Christ to Himself, according to the kind intention of His will…” Ephesians 1:5 Amazing grace!

The Verdict Is In

Free To Be One: The One New Man

The Verdict Is In

Free To Be One: The One New Man

Deliverance: It's All About Him